Why Rig and Why Do it in Cinema 4D 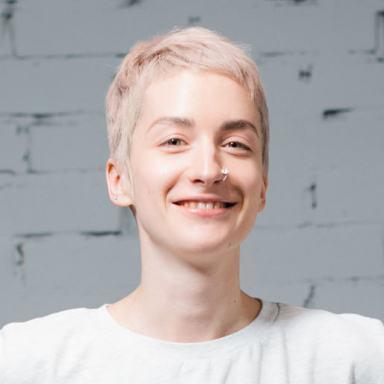 If you’ve been dealing with 3D for some time now, you have probably started asking yourself questions: “Why are there so many different 3D software options dedicated to narrowly defined purposes? What’s the big deal and why can’t I simply use one software for everything?” Also, you’ve probably already heard something of that sort: “In Cinema 4D, it’s almost impossible to create a rig and animate your characters, you’re going to need Maya for that. Everyone uses Maya”.

To go through this piece by piece, we turned to Victor Abramovskiy, a 3D Generalist with over 15 years of experience, and the author of the Rigging and Animation in Cinema 4D course. We have asked him to tell us why he loves rigging so much and why you do not necessarily need to use something other than Cinema 4D to accomplish most of the tasks.

— Why did you choose rigging? What made you want to do this in the first place?

I’ve always been more interested in animation in the broader sense: from moving abstract images to character animation. Originally, I didn’t choose rigging as a profession, because rigging wasn’t a separate field back when I started to be interested in 3D graphics. It was just one of the stages in creating animation.

Character animation is a cumbersome process that depends to a large extent on rigging. And I’ve spent a lot of time on this topic in an effort to create a convenient and ergonomic rig. But I think I’m rather a generalist with a focus on animation and rigging.

— Why is rigging that important, and what’s the beauty of it?

You cannot create a 3D animation without rigging. The quality of the animation, as well as how fast you can create it, depends on rigging. Currently, rigging is a rather broad term which includes both something quite simple like creating a rig based on the presets of the Character object and working on the whole rigging system, for example, for a full-length cartoon.

That is, rigging might be of interest to creative people who want to realize their ideas in animation as well as to tech guys who want to create new tools.

— What is exactly the thrill in this particular specialization?

Rigging is in a way a multi-discipline at the boundaries of different spheres from anatomy to mathematics, and there’s a lot of room for technical creativity. Many are intimidated by this sphere, perhaps because of the wealth of abstract information at the beginning.

But that probably explains the constant demand for riggers. Besides, the 3D animation industry is currently on the rise. It is used everywhere: in advertisement, in film, in games. So, riggers won’t be out of work anytime soon.

All the time I’ve been interested in animation I’ve been constantly searching for ideal software. I’ve worked in many programs: Autodesk 3dsMax, Maya, Softimage, Messiah, Blender, and the like. I can’t say I found what I’ve been searching for, but, in my view, Cinema 4D is highly underrated in the sphere of character animation and rigging.

Currently, the market is dominated by Maya, which undoubtedly is a really powerful tool. But Cinema 4D also has its strengths.

In general, it’s a very ergonomic and stable software, which is under continuous development. Its largely non-destructive and parametric approach allows you to quickly iterate in all 3D aspects.
It also has powerful and at times even unique tools related to exactly character animation.

Primarily, this is the Character, a built-in modular rigging system, that allows us to create a rig based on presets straight out of the box. You can create presets of your own, share them without any problems with other users, and create rigs with just a few mouse clicks.

There’s also CMotion, a parametric movement generator. Using it, you can quickly create animations that otherwise would either be impossible to create without it or you would require far more resources for that.

The XPresso visual programming environment allows you to create very complicated relationships of elements in the rig and not just that. In addition to this, Cinema 4D also has a bunch of extra little things like cool deformers, visual selector, HUD, fields, interaction tag, and so on.

The niche for HIGH END character animation, for now, is clearly occupied by Maya but using it for ordinary tasks is at times an overkill.

If you want to animate characters without leaving near and dear Cinema 4D, you are in the right place.

Specifically for this purpose, Victor has created the Rigging and Animation in Cinema 4D course, in which he shares his experience in creating rigs for completely different characters from a jellyfish to complex robots. The course is packed with plenty of tricks, lifehacks and techniques that will be useful to both beginners and specialists in 3D with some experience in animation and rigging.