How to Start a Career in Motion Design?

There are 6 ways we’ve seen designers successfully monetize and start a motion design career. Inside this article, we outline these ways and show what you can do to get started today.

If you want to start a career in motion design, you will need to build the basic skills. We recommend starting with UI animation and Shape Animation, as these are the simplest ones to learn and monetize.

The skills you will gain are very valuable in the motion design market and do not require a lot of effort to work. The industry divides artists into junior, middle, and senior motion designers. Once you have mastered the basic skills, you can start a career in motion design. There are 6 ways we’ve seen designers successfully monetize:

Leveraging a Portfolio to Get a Job

To start with, make a portfolio that you can present to the client. The easiest way to create a portfolio is by taking interesting designs from other artists and making animations based on those designs. Add them to your portfolio as an animation portfolio with a reference to the original author of the illustration.

As a rule, illustrators have lots of personal artworks they created in their spare time but never did anything with. Offering to make them an animated version will be an appealing freebie, and they will probably be happy to share the sources.

Once you do this, promote yourself as much as possible. Post your work on Instagram Reels, TikTok… everywhere! And don’t forget to tag the author of the illustration. As a result, you will enrich your portfolio and attract followers. We also recommend you post your work on behance.net and Dribbble.

Motion Design School will save you time while creating your portfolio. The school provides you with attractive designs as homework, and you will be able to add them to your portfolio. Moreover, each homework assignment receives certified
approval from other users, which gives you the opportunity to receive an NFT certificate of successful course completion.

This is also very important in the hiring process. Previously, the certificate was just a piece of paper that was not supported by anything and did not give any guarantees. Now NFT certifications provide a new level of trust between the motion designer and the client. All you have to do is complete After Effects Fundamentals and you can call yourself a Junior Motion Designer.

What is Motion Design School?

Such a background will help you prove your skill level to the client. If we talk about the first job in your career, the easiest place to start is with freelance projects, so you can work remotely.

The most common site is upwork.com, it has hundreds of motion design works posted every day. Before you can apply for your first job, you need to verify your account and prepare a portfolio. After careful preparation, apply for the offered openings and remember to make personalized applications. Do not make template letters to propose your services. Instead, we recommend reading the job description carefully and providing relevant examples of your skills that would fit the particular task.

The website has two payment options for your work: hourly rate and fixed rate. We recommend starting with a low hourly rate, as it is necessary in order to get the first clients and feedback. Things can build up fast. We know several designers who have found a permanent remote job on this website as a full-time job.

Obviously, there are many other websites where you can find freelance work, one of them being Fiverr. The website allows you to specify what type of services you offer. For example, it can be an explainer video, logo animation, and others. Clients will find you by such keywords and this is one more method of earning good money at the start.

Another good example is Motion Design School. In this case, jobs will come to your personal account, and you can try yourself on the first project right in the educational process. To get work, you will need at least 5 works in your portfolio that received approval.

Find Work at the Studio

This is another good method for you to get a job quickly. There are local studios in your city that are brimming with potential work!

First, if you work in a studio with other people, your skills will grow faster and you’ll acquire a variety of skills working in a team.

In addition, you will have a constant stream of orders, so you will get the necessary practice to grow fast. This is much better than the downtime you may sometimes face in the freelance world.

Another widespread type of income is creating stock for sale. This method is especially suitable for motion designers who work in After Effects, as the After Effects Templates industry is very developed thanks to videohive.net. You can use this website to post your own templates, ranging from logo animations to full-fledged explainer videos. Based on our personal experience, top authors can earn up to $10,000 a week.

Grow A Following into a Personal Brand

No matter what your focus, you should always be able to present yourself with good positioning. We strongly recommend you think about a personal brand right away. It doesn’t matter if you work in a studio or freelance, developing a personal brand can get you very far, very fast.

The easiest way for designers to do this is on Instagram and TikTok. Post your creations or collaborate with famous designers by animating their works. All these things will bring you followers and attention to your personality. And once you get a large enough audience, it will open up new opportunities for you, such as selling your NFTs.

Today, artists all over the world have incredible opportunities to make money.

You have probably heard of artists who make millions of dollars selling NFTs. One the most well-known of these artists is Mike Winkelmann, whose life changed on March 11, 2021.

That day, Winkelmann, a digital artist who is better known professionally as Beeple, sold his NFT-linked digital collage “Everydays: The First 5000 Days”, at Christie’s auction. This work brought the author an inconceivable $69.3 million at the revered British auction house.

Instantly, this sale drew attention to NFT, the non-fungible token. It sparked a surge of enthusiasm and money around the technology, and the NFT community is still navigating its move into the mainstream. Total NFT sales in 2021 varied between $25 billion and $41 billion, considerably higher than 2020s sales of over $250 million.

A year later, Beeple gave an interview to NBC News about the sale and his thoughts on the development of the NFT art scene.

“It very much changed the trajectory of my life”, he said. “The same could be said for the broader art world”.

Another great artist is the Famous NFT motion artist, DeeKay Motion, who is working in After Effects using the Deekay tool made especially for him at Motion Design School, recently broke his previously recorded 1/1 sales record.

His artwork “Life and Death” was purchased by @cozmomedici for 310 ETH or $1 M. After the sale, DeeKay and Cozomo both tweeted about their emotions surrounding this process.

James Currant, the creator of SlimHoods, offers an Animated Loops course where you can learn how to create his characters. The same as Lucas Zanotto, who explains how to create MoodRollers in his Get into 3D with Lucas Zanotto course.

All these guys share their knowledge at Motion Design School.

In addition, the school provides its own marketplace, emotionart.app. Every student can try his or her own skills in the industry and start earning on a totally new level. The school has transformed into Web 3.0 and provides incredible opportunities for all students in the NFT space.

Choose One and Get Started!

Now that you’ve got it all laid out for you, which one are you going to choose?

Each has its own appeal, and although it can be tempting to try and do a few at a time, that will be distracting. What we recommend is choosing one and throwing yourself into it. There’s plenty of work and opportunity, you just need to take the first step!

Have you decided yet which course is right for you?

If you are having trouble to choose from the multiple course types and skills options, we recommend taking our informal fun test to help you narrow down your search based on your personality, aesthetic perceptions and skill level:

Best Animation Software and Motion Graphic Program to Use

Getting Started with Animation and Motion Graphics! When it comes to animation and motion graphics, the array of software and programs, free or otherwise, offer a daunting choice to beginners. “The best animation software” is largely relative, with each animator having their own personal preferences. To help newcomers out, we’ve compiled a list of the […] 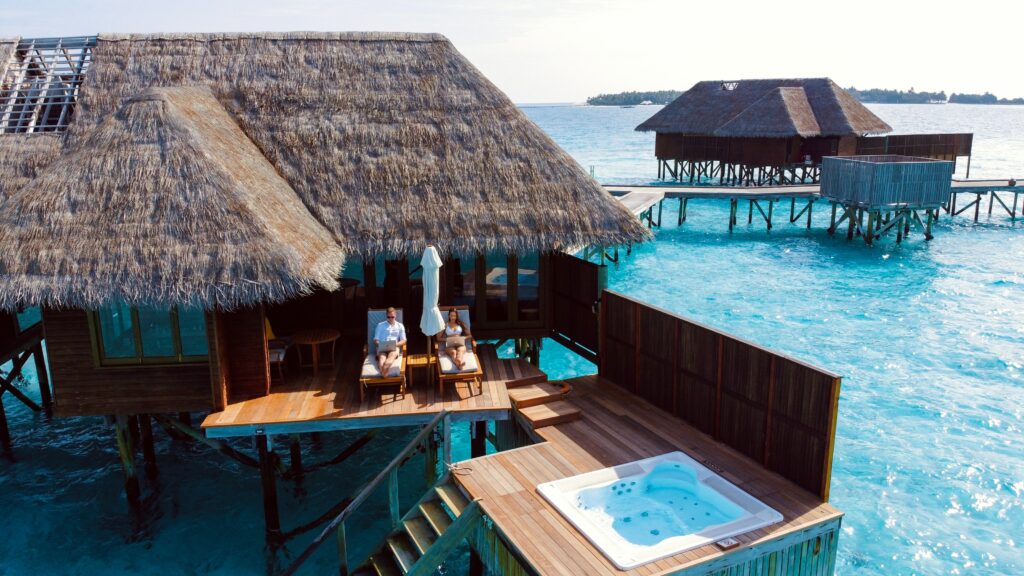 How Much Does a Motion Designer Earn? 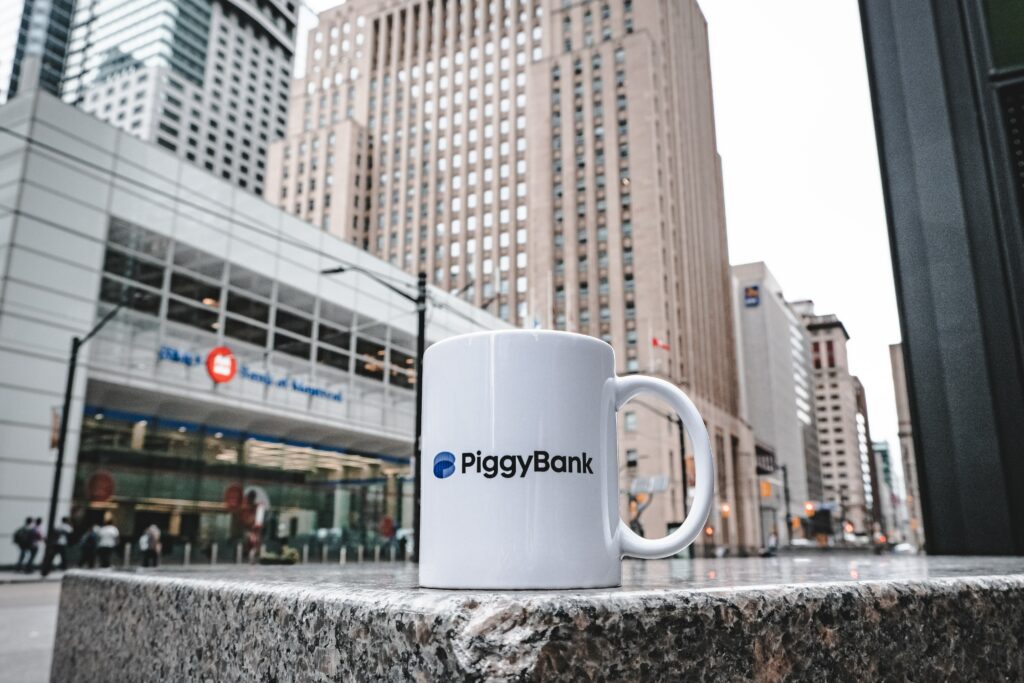 How Much Will it Cost Me to Start in Motion Design?